I’ll try tomorrow. I do read suits, but Dampnuts is too easy. His gay tailor has been making him the butt of a joke for 15 years, and Two Scoops is too dumb to get it. I swear he stiffed a tailor’s bill once, and now they’re ALL out to get him.

To understand Russian tailoring, you have to understand the 300 year relationship of Russia, London & Paris. Always delicate, but Russia has always consumed and modified western culture for their own use rather than supplying it to London & Paris. Especially under Lenin/Stalin.

Which ties to my other wheelhouse- behavioral psych: client wardrobe is highly revealing, and attitude towards clothing matters.

PS! That thing I said about stage-craft? Look at this from the last 24 hours. Chris Wallace is 5’10”. Note that Vlad’s seat is lower to the floor, the chair is upstage from Chris, the angle is canted a bit to mask the difference, and they’ve got the chyron. (Also Vlad’s heels.) 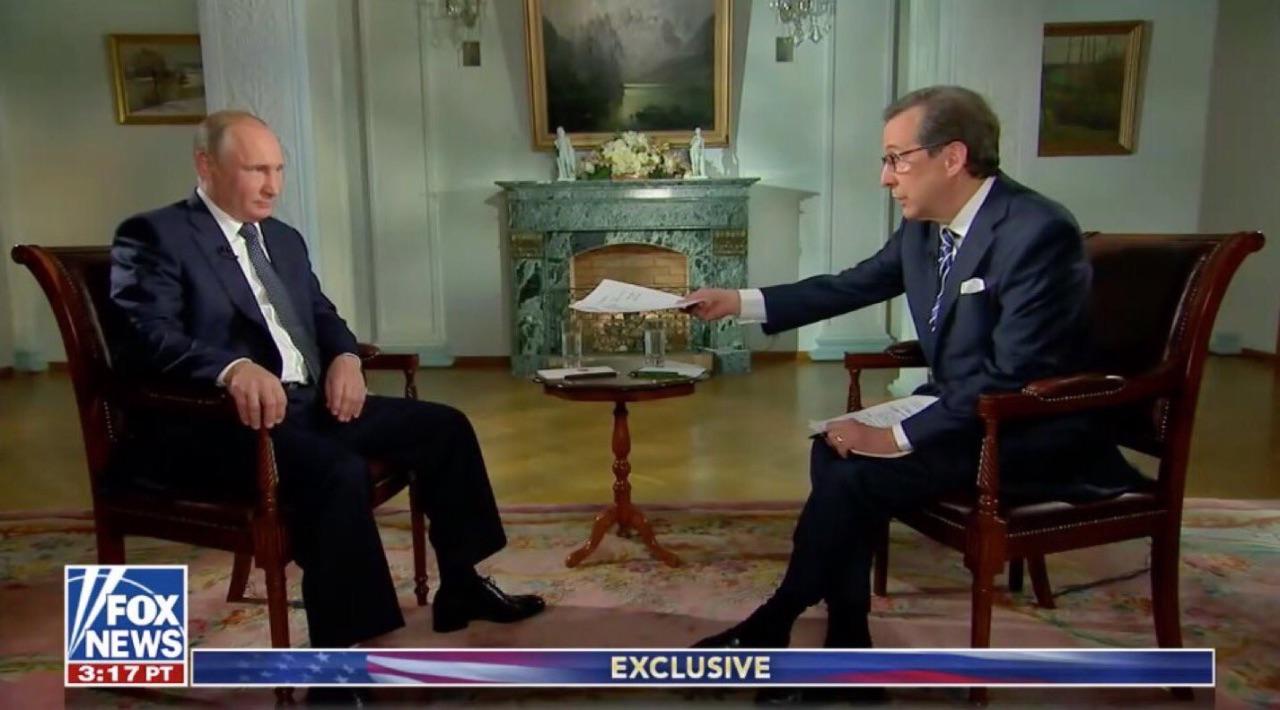